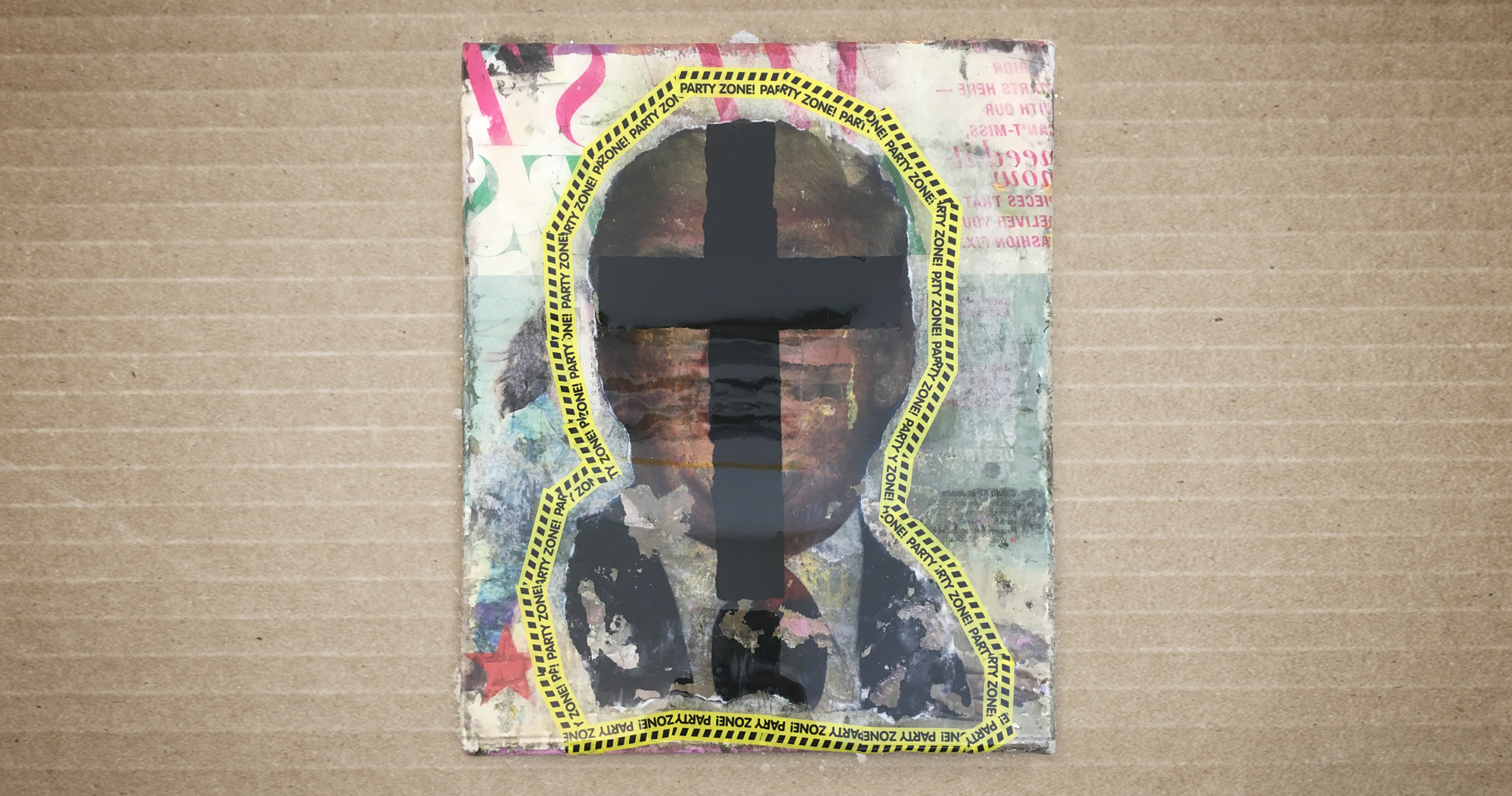 After the past election, it was hard to function in a proper way. People started accusing me of being a republican. Even though I did artworks criticizing Donald J. Trump long before his inauguration, I still hear these days: ‘You don’t criticize him (enough). You must be pro Trump!’ First of all, if you don’t eat apples, it doesn’t mean you don’t like them. And vice versa. Secondly, it doesn’t matter who you are these days: republican, democrat, socialist, communist, etc. What really matters is how deep is the division between us today? Some progressives cannot make sense of how Trump became a president. How this Great Country could elect him? Who are the people? And so on and so forth. I feel that people around me became more closed, more scared to talk freely.

Something happened to me yesterday. I was in a car with a few well-spoken and good-looking fellas. One of them started all of the sudden telling me about Barack Obama. And I heard a lot of rational criticism of his presidency. But these stories were making no sense at all. It was an absurd! One of the stories was about President Obama trying to damage the walls in his mention and therefore being evicted and even banned from Washington due to complains. I couldn’t believe in what I was hearing. I kept saying YA and YES, but my fingers were fact-checking on my phone. Here is more about this story (especially the part with smoking is great). The guy was truly excited that I am listening and kept going on and on about Obama being arrested in Japan in connection with large quantities of cocaine purportedly found on his yacht. I am not going to go into details of this one, but there are plenty of them.

After being done with Obama, he switched his attention to Hillary Clinton. After a while, the other gentlemen in a vehicle delicately made a volume of a car stereo louder. The last words I remember hearing were: ‘All media are corrupt. We shouldn’t believe any of them, because they are sponsored and owned by corporation.’ And something like: ‘The truth lies between of the lines, and we are just blind to see it. It could be all classified.’ To be absolutely frank, I didn’t dare to ask what were his political views.

Let me know, if any of this makes sense to you. And how you feel about current political climate?

One of my experimental works ended up being featured on Master of Fine Arts...
August 24, 2017

The Ten Commandments Of Photography

The Lord sent us The Ten Commandments of Photography that four artists from different...